The Nevada City Adventure 2010 has been an annual Mini event sponsored by Mini Mania for the last 10 years, and generally marks the beginning of the summer Mini Meet season in the western states. Held on the grounds of Mini Mania’s (www.minimania. com) 6-acre facility in Nevada City, CA the event is situated in heart of Nevada tourist country and away from the glitz of gambling cities such as Reno and Tahoe. And while this event doesn’t attract the numbers that some of the more famous Mini events do, folks who do attend, return year after year for the folksy camaraderie and to share their love of all things Mini in a warm and welcoming environment. That, and they get to drive on some really great roads through the surrounding Sierra Nevada Mountains! 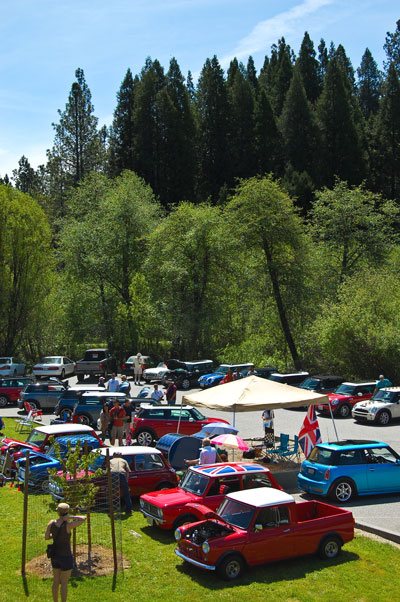 In fact, the town of Nevada City has been considered a weekend tourist retreat location for years. The quaint old shops, winding county roads and great hospitality make for a wonderful get-a-way weekend. This year’s event, held on May 15th, was scheduled in late spring to ensure great weather and before the real onslaught of tourists, so the roads were free of heavy traffic. Perfect for Mini owners! And while the weather was great, the only unfortunate thing was that the AMGEN Tour of California, bicycle race was scheduled to start on Sunday, which meant that area hotels/models were stretched beyond capacity. 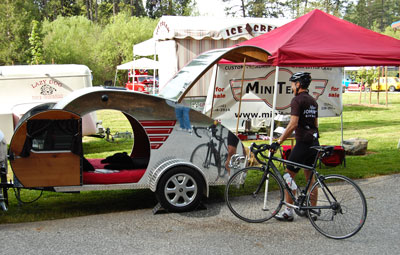 Although the Nevada City Adventure has always been held at Mini Mania, for the first time the event was able to take full advantage of the large grassy area in front of the building, which was reserved for classic Minis and adjacent to the media center, lunch tents and vendor row. New MINIs were forgotten, however, and they formed the outer ring around the perimeter, totally consuming all of the parking spaces and then some. Located on the side of Mini Mania’s HQ was the open dyno-testing booth that now has become a traditional and popular part of the event. 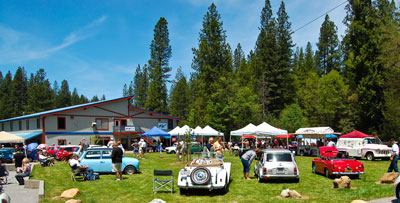 The car show was scheduled to start at 10 am, and indeed, by that hour most everyone was present. Caravans of new and classic Minis from all over the Bay Area and as far away as southern California were arriving all morning. It was particularly great to see various clubs such as Redwood Empire MINI Owners and NorCal Minis bring large club banners and organize their members into club specific parking areas. In the end, over 250 people were on hand to enjoy the free lunch, car show, games, videos, door prizes, dyno tuning and most importantly, the Nevada City Adventure Tour, that this year included a great drive to the town of Washington, with stops along the beautiful Yuba River. 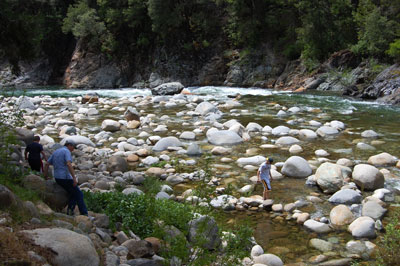 Door prizes were so plentiful this year that virtually every attendee should have gone away with something from at least one of the many supporting vendors, including one of the grand prizes of a Go-Pro camera, which was given way to Steve Lowery. 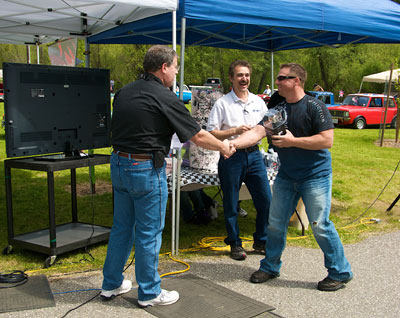 The dyno tuning was, as always, the only real noise created at the event, with the sound of open exhaust systems overpowering the great music from the PA system. While the most popular cars found taking advantage of the opportunity to tune their car for max horsepower were classic Mini Cooper racecars, the car with the overall highest horsepower was a BMW MINI street car that produced a fantastic 206hp (at the wheels). 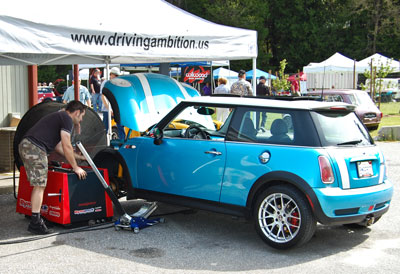 The free lunch was catered by local vendors and enjoyed either at tables set up under a couple of large tents or on the grassy area nearby. This year there was also a big screen TV where, for most of the day, you could sit in the shade and watch MINI/Mini videos! 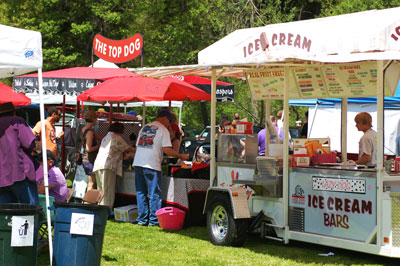 See this article in the next issue of MC2 Magazine!