Mini Mania held its annual Nevada City Adventure on May 31st. Since 2014 marked our 40th anniversary in business we were determined to make the whole event special in scale, content and above all fun! We started detailed planning in January and the preparation really paid off. We hosted 320 attendees from 4 states.  This great crowd arrived driving 140 MINI Coopers, 48 Classic Minis, 4 Morris Minors, Sprites, 2 Mokes and a fabulous Austin Healey 3000!

We planned for a big crowd up front and built an online pre-registration program which enabled us to estimate attendee and vehicle counts together with the sessions they would likely attend. It also meant we were able to simplify and speed up registration using cards pre-printed with names and vehicle numbers. Good thing we did, as cars started arriving thick and fast starting at 7:00AM!

And we had great support from Niello MINI in Sacramento, who attended with a 2014/15 MINI Countryman and a MINI Clubman.

The moderators and panelists also were used to judge vehicles and clubs.

Shad Huntley from Driving Ambition attending with his Dyno testing gear, which made some owners day, while sending others away with a little less power than they had hoped for! 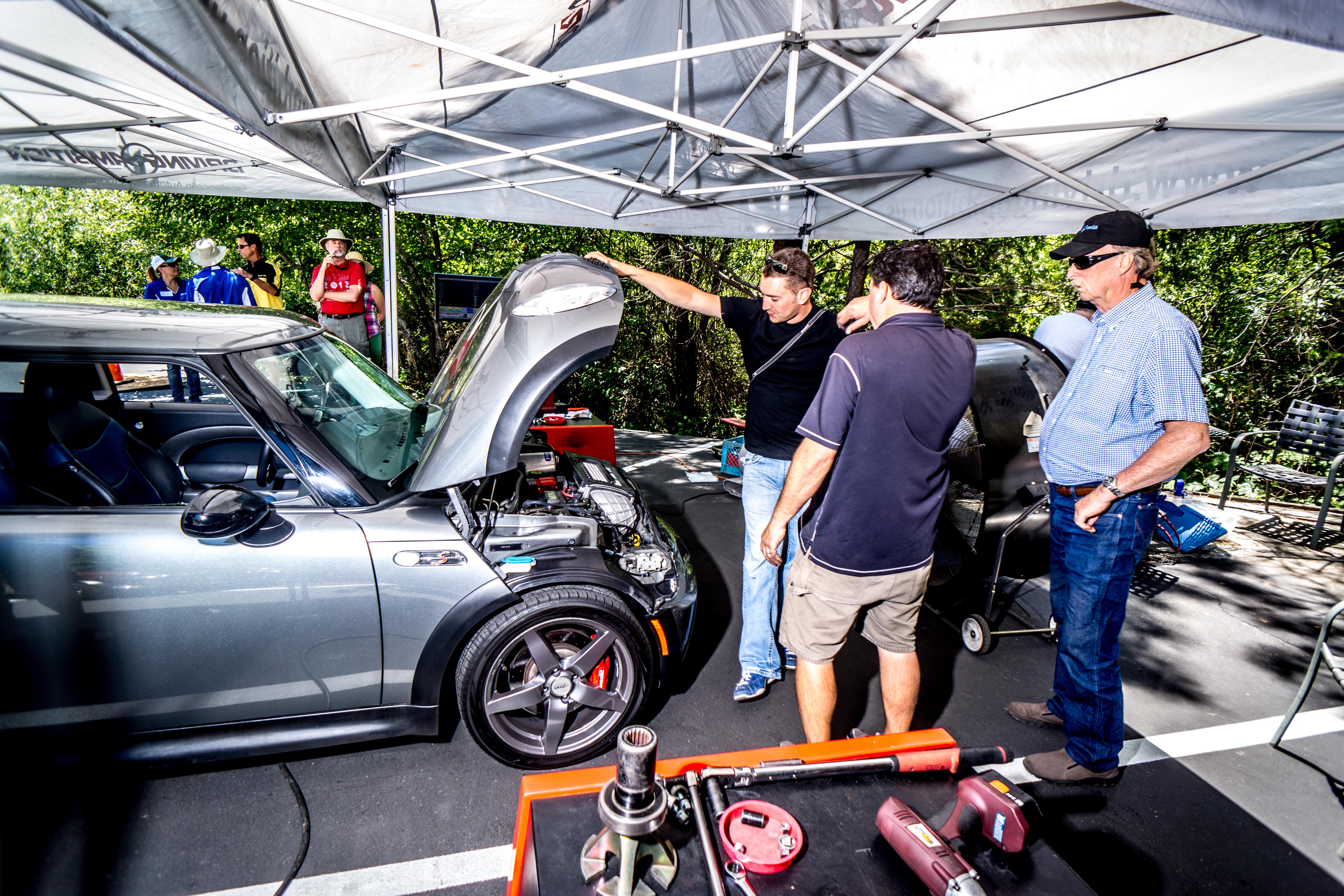 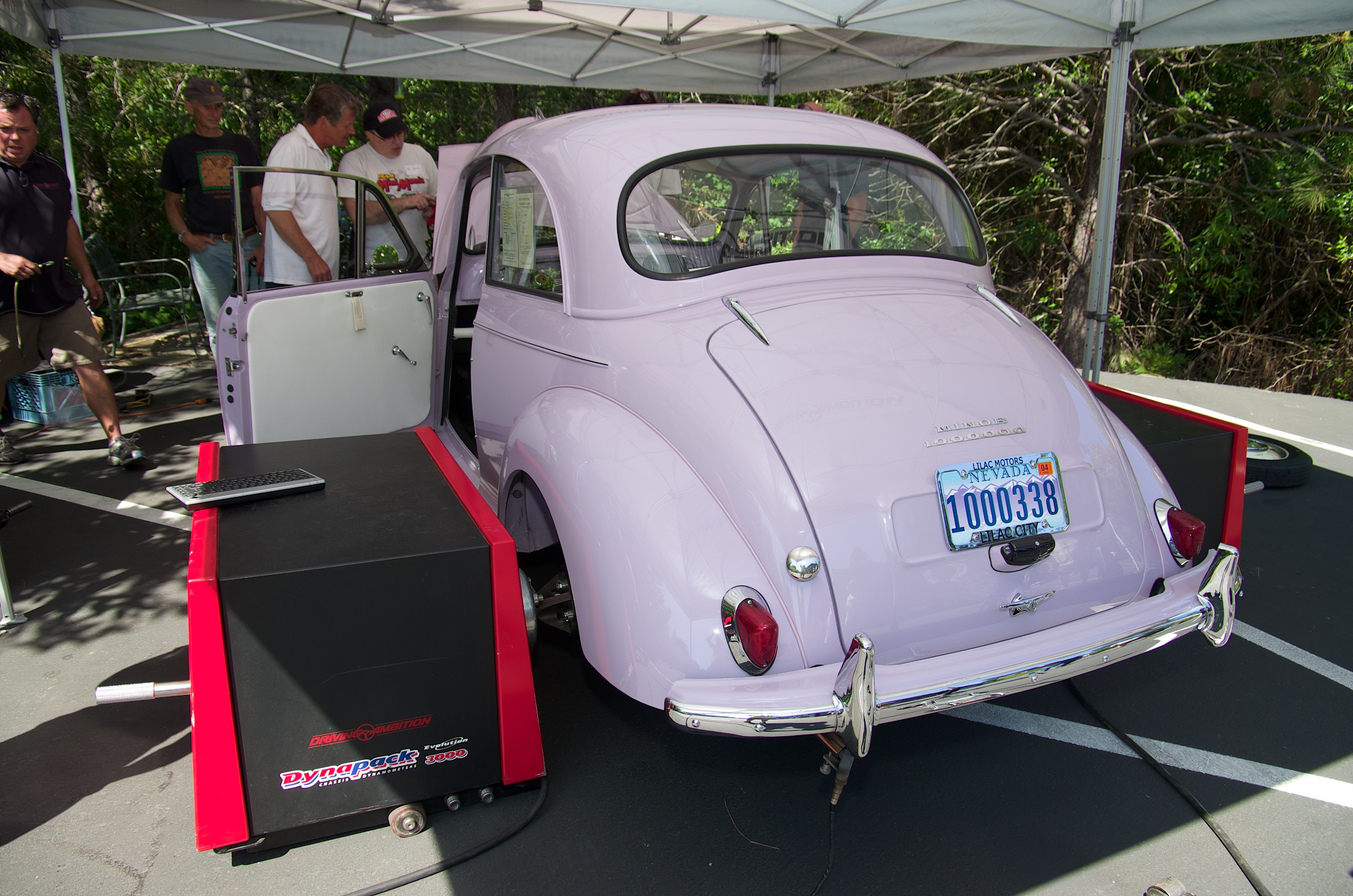 This years tour required special planning given the volume of cars involved. The destination was the beautiful Rainbow Lodge, 6,000ft up in the Tahoe National Forest. The route followed the historic Lincoln Highway and we broke the tours into multiple groups of 30 vehicles, with a dedicated leader for each. We assembled the groups in a local Bowling Lane parking lot, and timed them 15 minutes apart to avoid congestion.