Oil Catch Can Questions and Answers for MINI Coopers


1. What is a Oil Catch Can and Why is It Important?
The short and easy explanation is that, thanks to today's emissions control systems, your MINI is equipped with an engine vacuum that draws oil vapors from the crankcase and into the engine's intake stream, where they are burned. That is not the best option. When it comes to turbo or supercharged vehicles, this can quickly clog your intercooler, reducing its efficiency significantly. And it is at this point that an Oil Catch Can comes into action.


3. - How Easy is it to Install a Oil Catch Can Do?
It is a fairly easy DIY project and to help you out, check out the Oil Catch Can Installation Video below.

4.- Will an Oil Catch Can Throw a Code in MINI Cooper?
It's possible, to be honest. However, it is not a significant issue. If, by chance, you do generate a code or if your MINI experiences a rough idle, you'll need to double-check all of your electrical connections. And that should be enough to get things moving.

5.- Do I Really Need an Oil Catch Can?
You don't NEED one, but boy it sure helps!

6. How Often Do I Need to Check for Fluids in the Oil Catch Can?
it's a good idea to check the Oil Catch Can very few weeks or so.  See if it has any for oil and other fluids you'll need to remove

Find a catch can for your MINI below or click HERE.


More Details About an Oil Catch Can

Regular gasoline engines work by drawing air and fuel into the combustion chamber, then igniting them. The energy released by these controlled explosions is used by the pistons to propel the engine forward. There are gases and microscopic particles of unburned fuel left in the combustion chambers as a result of this, which are expelled by the exhaust system. It is inevitable that some of this combination will pass through the piston rings and into the engine crankcase and inside the valve cover.

Through the engine's Positive Crankcase Ventilation system, these gases are cycled out of the crankcase and valve cover, where they are blended with a fresh fuel/air mixture and injected back into the combustion chambers.

The problem is that there is constantly a mist of hot oil in the engine, which mixes with the gases and is drawn through the system at the same time as the gases. The fact that this is taking place raises a number of questions.

Burning even a small amount of oil can have a negative impact on the efficiency of an engine. The engine management system will detect and correct any minor misfires before you even notice them, but it is still not an ideal situation in which to drive.

The cleaner the fuel/air mixture that enters the combustion chamber, the happier your engine will be, and the reverse is also true.

Burned oil will cause a buildup of carbon on the pistons and valves of the engine, which will eventually result in poor running, low economy, and potentially expensive repairs during the engine's lifetime. In addition, oil blow-by can have a negative impact on turbocharged engines by coating the inside of the intercooler and limiting its efficiency, to name a few consequences. This oil mist can cause problems with the emissions system, particularly the catalytic converter. 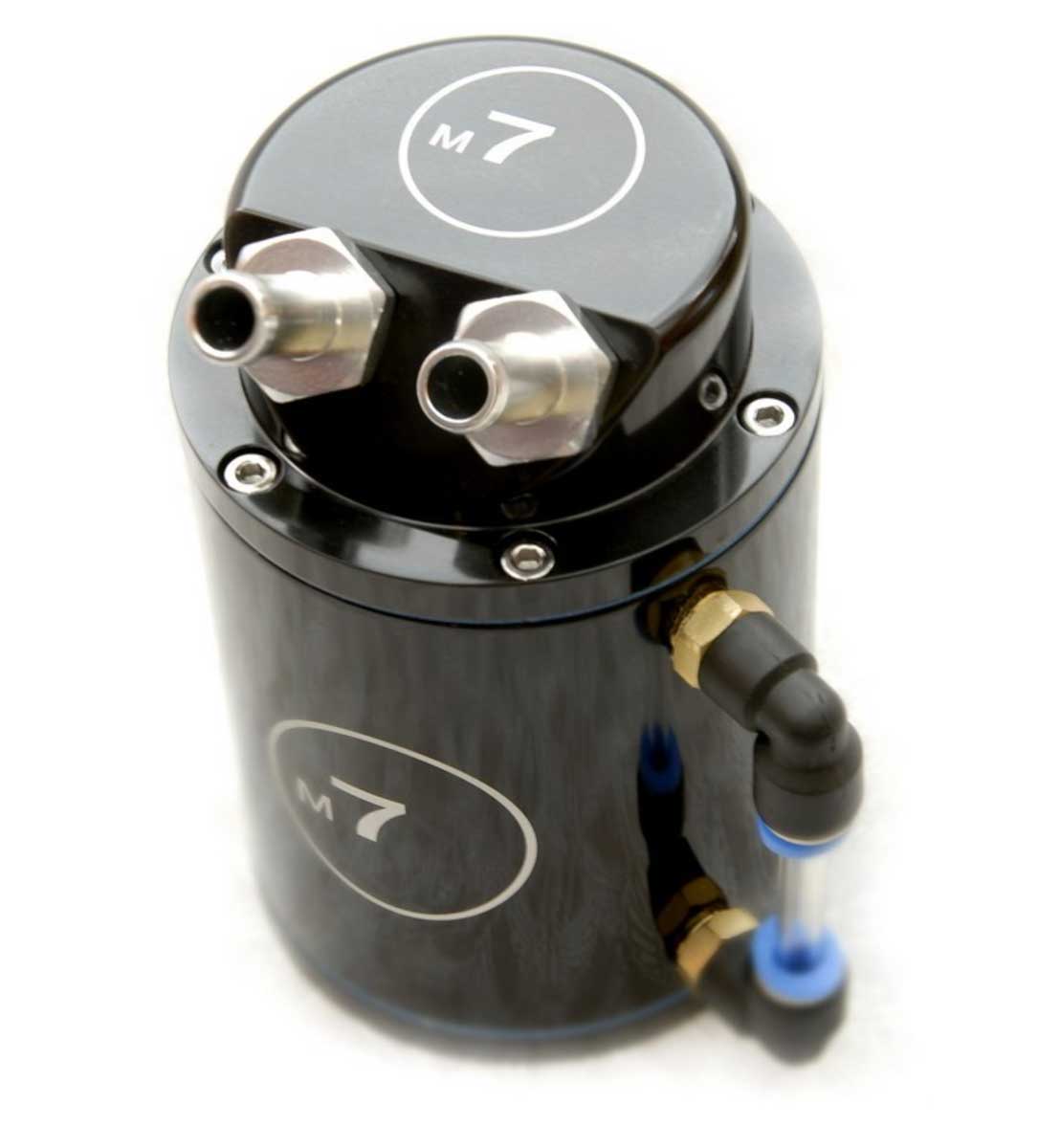 The oil catch can is designed to remove oil particles before they can make it back to the intake. Installed between the engine and the air intake, it will not affect your engine in any way except to make it more efficient and cleaner-running, and will reduce the possibility of oil blow-by. The reason why the manufacturers don’t build their cars with these already in place is really down to cost, and they usually don’t put anything on their cars unless the government requires it.

The oil catch can is intended to remove oil particles from the air intake before they may return to the engine's intake. This device, which is installed in between your engine and the air intake, will have no effect on your engine other than to make it more efficient and cleaner-running, and it will lessen the likelihood of oil blow-by. The primary reason that automobile manufacturers do not build their vehicles with these features already installed is expense, and they generally do not include anything on their vehicles unless the government mandates it to be done.We offer Catch Cans from a number of suppliers. They are easy to install, they work well and provide real benefits for your car, especially over the longer term.


Go to our Mini Mania YouTube Channel for the video on installing a BSH Oil Catch Can in our JCW Coupe
Written By: Stephen Favill
Modified Date: Oct 21, 2021

Have a Question or Comment of your own? Click here!
Question:
After the install my check engine light came on. So do I need to disconnect it a few days before my State emissions inspection is do to clear the light?
Answer:
None of the oil catch cans that we offer should cause a check engine light. If it does, there is a problem with the installation or maybe another issue causing the light...