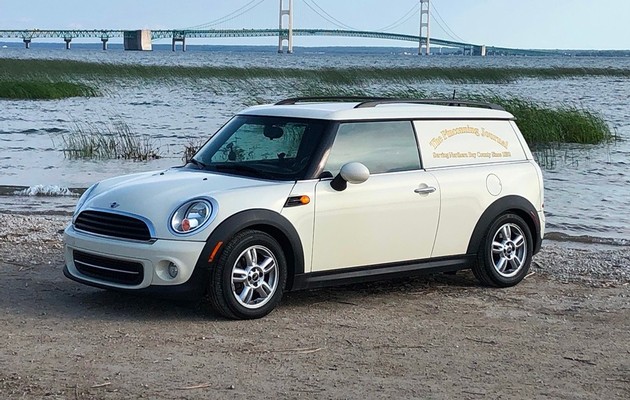 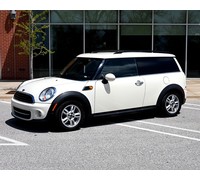 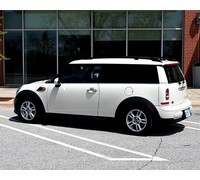 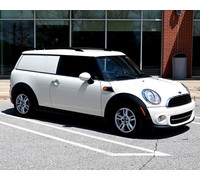 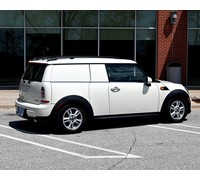 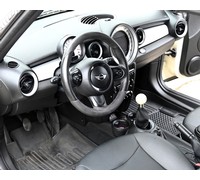 If you want to draw a crowd of Mini enthusiasts at a show, show up in a ClubVAN!
2013 Mini Clubvan in Pepper White. N16/6-speed, black vinyl interior, Mini Connected with Navigation. 95,500 miles. Mud/slush floor mats have been in the car since the day I bought it. Of the 70K+ miles I've put on this car, there's been someone in the passenger seat for less than 500 of them. From what I've seen/read, the ONLY variation in Clubvan equipment is the exterior color. I had a coil-pack fail while it was still in warranty, and the dealer replaced all 4 coils and all 4 plugs. Other than routine service, it's required nothing else. The only deviations from stock are a trailer hitch that appeared unused when I bought it and using Green Stuff brake pads when the originals wore out. Comes with a set of ContiWinterContact snow tires on factory steel wheels with hubcaps and tire pressure sensors for the winter. I commute 80 miles a day, backroads/highway, and average 34 mpg running 80 mph on the Interstate. I've grown the business beyond the volume that the Mini can carry and had to move to a larger van. I have too many toys to be able to justify keeping it around, so it's got to go.
Like most of the Clubvans, this unit sat on a dealer lot (in New Jersey) for over a year before being sold in late 2014. It collected around 24,000 miles in 2 years but in late 2016 it was involved in an accident. For some questionable reason, it was totaled. I have have a picture of it from the insurance auction, showing the minimal damage. It was bought by a rebuilder in Metro-Detroit who replace the RF fender, LCA/strut, hood, and some trim and had it certified as rebuilt. I had it inspected by 2 professionals before I bought it, telling them it was rebuilt, and they couldn't find evidence of damage. I bought it for my business in August of 2017 with 24,005 miles. I had it lettered, installed a replacement for the missing factory partition, swapped out the driver's seat that had a tear in the fabric, and drove the heck out of it. It was sitting in front of my house when the neighbor girl backed out of her driveway and hit the driver's side behind the door with her Buick. That damage was also professionally repaired, with no visible evidence. The hood had a large number of stone chips, so I had it repainted in preparation for sale. I would have no problem driving this cross-country tomorrow
When my graphics were removed, the body colored vinyl over the left side rear windows was damaged, and they didn't have anything that matched the Pepper White. Assuming the new owner would have their own graphics done, I had gloss black installed for now. Looks pretty good, but if I was going to drive it without a business name, I'd do either American or British flag on each side...
KBB says dealer price for a regular Clubman tops out around $9700. If you're looking for a unique but practical vehicle for your business, you won't find anything better. Asking $8500 or make me an offer.