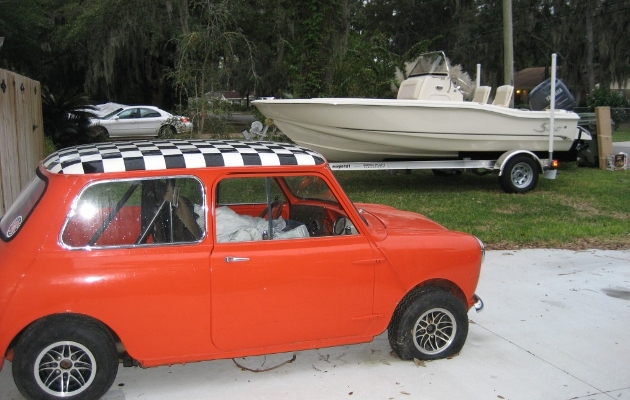 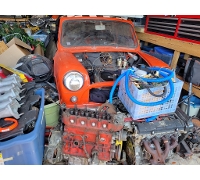 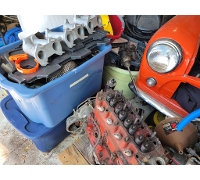 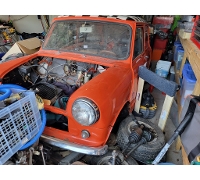 Edit Details
Edit Description
Car is a 1962 Austin Mini, but the previous owner indicated that it may actually be a Morris based on the VIN which does not seem to match the minimania resources. I don't know for sure. It was a street-driven SOLO I car, so minimal interior, 5pt harnesses and a roll bar (not cage). I had a couple of years with it terrorizing the local population and brining joy to me and my passengers. While I was in grad school, the motor seized up. I sold the motor at a mini meet and bought a Honda engine because my daily was a swapped CRX that was insanely fast for what it was. I was conducting research and acquiring parts for the swap when the kits started coming out so I stopped working on the swap myself and started saving money for the kit. Kids... Family stuff... and now it's ~20 years later and the car hasn't changed. With my work schedule I have to admit that it would be at least 10 years until I can actually do this, so I'm letting it go.

Car is mostly complete without engine. Decent paint and very minimal rust. Was stored in a garage for the last 20 years. Camaro hugger orange with a painted checkerboard top. Front sub is dissassembled. I have multiple options for the front brakes/hubs. It had drums when I bought it, but I have acquired multiple sets of disk setups since.

As for the engine... I have a 1275 with a transmission that I assume will need a rebuild if you want to go original. (Not the solo I motor I previously had)
I have a stripped 1275 head fresh out of the machine shop that from memory is one of the more sought after ones.

I also have a fresh -from-japan Japanese domestic market twin cam ZC engine+civic SI trans for the swap. Fits D-series subframe, so no cutting fenders. Should have about 150hp before you put the turbo on and try to set the tires on fire. I have a honda ECU/wiring harness and shifters for the swap.

I have other boxes of stuff that we could do a skype call and I could walk you through the garage before you commit to drive to see it and dig around.

In short, it's a project, but not a bodywork project... So to me, a pretty good deal. I'm not trying to squeeze every penny out of this. I just want it to find a good home and to clear up space in my garage.