How do I know which transmission my Classic Mini has?

It’s really quite easy to tell which generation of gearbox, shift linkage, and axle your Mini has.  Let’s say you want to order a replacement but terms like “remote”, “rod-change”, or “pot-joints” have you a little befuddled about just what the heck to order!  Let’s very simply describe the three styles  used in the production of the Classic Mini.  That’s right, only three styles were used over the years in our favorite little car sold between 1959 and 2001!   So, unless your Mini has been converted to Honda VTEC, motorcycle, or even helicopter power (sure, it’s been done!), here is what you can expect to find with a quick visual inspection.

It is worth noting that identifying your gearbox might provide a very good clue to the real age of your Mini, as many registrations can be a bit scrambled with the cars being imported from all over the world.  Also keep in mind that just about ANY Mini engine/transmission combination can fit almost any other Mini, so if you do have an early primitive 3-synchro type, you should really consider modernizing the car with the later style. The real bonus is that it will likely cost less than trying to find obsolete old parts, and the improvement in drivability is like night and day! 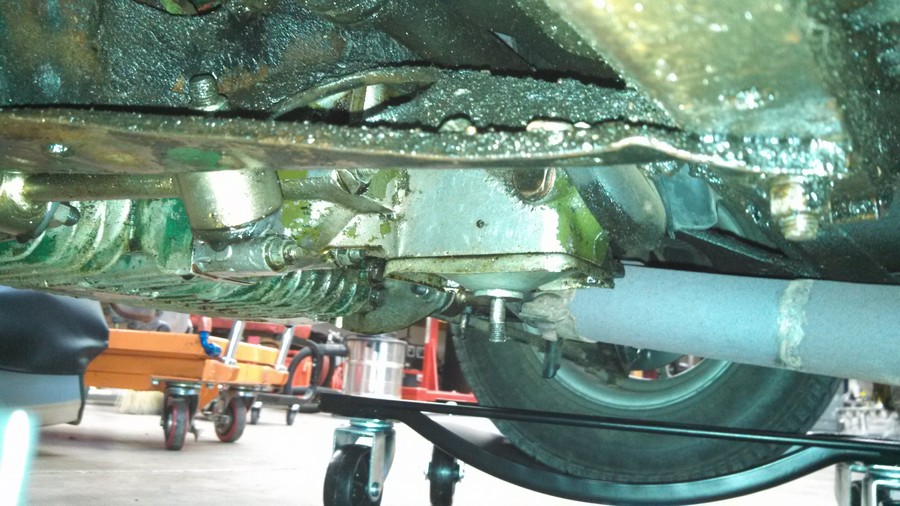 The very first Minis came with the tiny 850cc engine and what was called the “MAGIC-WAND” gear selector mechanism. This is easy to identify because the shifter comes out of the floor way up front, just to the right of the gas pedal if you have a left-hand drive car. The shifter itself is very long with a few bends to reach all the way back to the driver- a bit like the granny-low 4-speed American pick-up trucks of the 60s and 70s-  and that’s about what it shifts like!

These were originally used only with the early 3-synchro gearboxes in all models except the Cooper and “S” which got the 2nd generation “REMOTE” linkage starting in 1961.  The Magic-wand was never a favorite for high-performance, as the rather vague feel garnered nicknames like “pudding stirrer” or “stick in the mud”.  In recent years, with the value of proper restorations heading north, the magic-wand has made a bit of a comeback, and Mini Mania can build you a custom 4-synchro gearbox using your magic-wand differential housing adapted to the 4-synchro case. 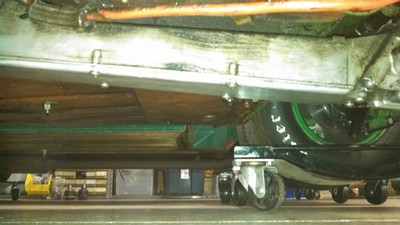 As we mentioned above, the “REMOTE” shift first appeared around 1961 on “high-performance” models, and featured a beefy aluminum casting that bolted firmly to the transmission differential cover. It contained the shift-rod that allowed repositioning the shifter itself just in front of the cross-member that the front seat brackets bolt up to. The early ones (until around 1968) were still mostly 3-synchro gearboxes. That means first gear had no synchronizer, so would not engage smoothly with the car rolling.

By 1968, the 4-synchro became available, and the same shifter “extension housing” that placed the shifter in the driver’s hand “remote” to the gearbox worked exactly the same way on the new case.   You can identify a remote-shift Mini by checking for that solid casting between the engine/trans and the shifter.

You can tell that the shifter mounts solid to the engine unit, and this design is favored by many because of the wide footprint of the power-unit in the sub-frame and body.  Front-wheel drive cars can be hard on engine mounts, especially with more powerful engines. The Remote shift style employs a rear “engine mount” at the shifter allowing for a very stable engine platform. 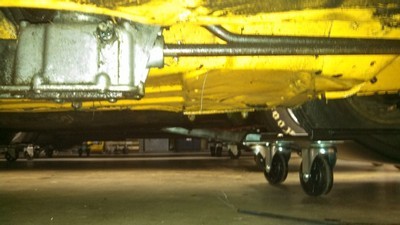 By the middle 1970s, the 4-synchro gearbox was updated again with changes to the internal shift linkage, namely the removal of all “external” shift-rods that traversed the case. This greatly simplified the gearbox with a huge reduction in the number of parts, increasing durability and an improved shifter connection to a stub-shaft and anchor-rod at the differential cover. This is also easy to identify in that the shifter has its own housing, completely separate from the transmission case.

The only connections are the two rods that run under the car, one to the stub-shaft via a roll-pin coupler that acts like a u-joint (to allow a ‘small’ amount of engine movement), the other anchors to a bracket with a small bushing, cast into the differential cover. The shifter location is the same as the Remote style, coming out of the floor just in front of the seat cross member.

This design continued until the end of production, spanning more than 25 years of Minis.  It is not uncommon to find early cars that have been updated with a late rod-change gearbox, as they are arguably the strongest of the breed for high power engines.

The Axles
The standard axles for the first 15 years or so of the Mini featured an inner u-joint that connected to the differential output yoke. The standard drum brakes and swivel hubs (we might call them spindles), used an outer CV (constant-velocity) joint to allow a range of travel for suspension and steering while driving the front wheels. This style had a coarse spline on the inner axle shaft so it would only work with the inner u-joint slip-yokes on the early transmissions.  High performance Cooper S Models came with front disk brakes and a larger outer CV joint to work with the specific swivel hubs for disk brakes. These models had the rare “Hardy-Spicer” inner u-joints that featured bigger spline output shafts from the transmission terminating in a rectangular flange that accepted the axle slip-yoke. This style is favored by racers as the easiest for engine removal, and the strongest axles, with larger diameters, splines, and differential seals.  Unfortunately, these are generally unavailable, and/or prohibitively expensive!

Luckily, when the Rod-change came along in the early 70s, the axles got updated to what is essentially the modern design, using a six-axis inner constant velocity joint that alleviated the binding of the inner u-joint (four-axis) at maximum suspension travel. This was the design used for nearly 30 years, and it’s an easy upgrade if considering a new transmission. The output shafts from the differential are different, but parts are available and there’s no extra cost to building the gearbox to use CV-joint axles.

This is one of the best upgrades to consider for your Mini, as parts cost less, availability is better, and the modern design is more durable for powerful engines. It is very likely that your Mini already has these CV style axles as all Rod-change cars from about 1973 onward came with them, and most Minis with any upgrades to the engine, transmission, suspension, or brakes may well have them too!  You can easily identify the axles on your Mini by looking under the front of the car (or down behind the carb). You can easily see the round flange and grease-boot of the CV unit (also called “pot-joint”) that looks quite different from the slip-yoke and u-joint style axle.

Have a Question or Comment of your own? Click here!
Question:
Hi, can you tell me which automatic transmission fluid that the SPI mini use. Also how much quarts you need.
Answer:

The Mini Automatics (like all the Minis) use ENGINE OIL in the gearbox. Any modern quality brand oil - We  sell Millers for Classic cars - it has a GL rating which is suitable for gearboxes.

If you're after extreme performance or driving at the limit, switched to a 10w40 oil would help keep oil flow at a maximum during hard driving.

DO NOT use Automatic Transmission Fluid