Mini Mania About Us

Mini Mania is located in the heart of the Gold Country in Northern California's Sierra Nevada
Foothills.  What better place to drive Mini Coopers than on the twisty mountain roads of the region!

We've been in the business of providing parts and accessories for the original Classic Mini Coopers since 1974, and as a result Mini Mania is the largest US supplier of parts for the Classic Mini.  We developed performance parts for the new BMW MINI Cooper and Cooper 'S' in 2001, a year before the car was released in this country, and continue as enthusiasts and a leader in providing parts and accessories for the BMW MINI Coopers.

Whether you drive a Classic Mini Cooper or a BMW MINI Cooper, our dedicated staff works hard to provide you with a great selection of products and prices to meet your budget and your Motoring needs.  Our customers are our first priority.  We hope you enjoy doing business with us as much as we enjoy serving you.  Cheers! 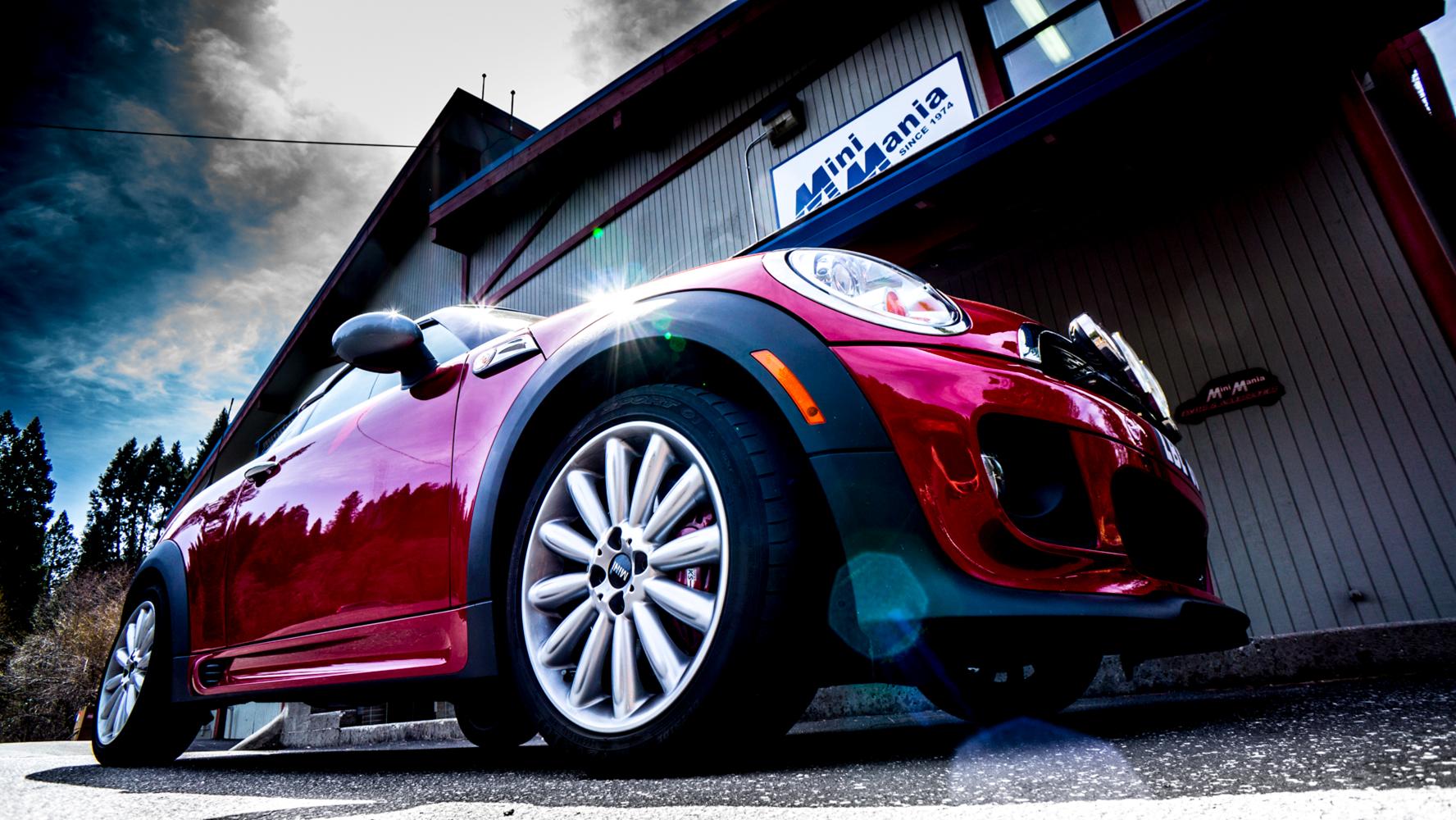 Mini Mania was started in 1974 when Don Racine decided that he wanted more parts for his Mini than could be found here in the United States.  Don was racing Minis from the very start and before long had a stable of cars that required updates or restoration.  While getting parts for himself, he found that the local Mini club was also anxious for a more reliable source of parts.  Thus Mini Mania began to operate as a business.

Started in Don's garage, within two years Mini Mania moved to a building of its own in south San Jose.  We hired our first employee, and the entire inventory was kept on index cards!  By the third or fourth year in business we established our relationship with Keith Dodd of Mini Spares in London.  This relationship was the foundation of our business for years.  As the profile of suppliers evolved Mini Mania began developing relationships with suppliers all over the world.

After a number of years of steady growth Mini Mania expanded its product line to include Morris Minor, Austin Healey Sprite and the MG Midget.  Most recently we have greatly increased the business by developing and distributing performance parts and accessories for the new BMW MINI Cooper.

Some Highlights in Mini Mania's History:

Founded in 1974, Mini Mania first presented itself on the Internet in 1996.  Always a leader in information and customer service, the Internet was and continues to be a great means of giving more to our friends and customers.

Early Internet history was dominated by government institutions and the academic world.  In 1994, (20 years after Mini Mania was founded) the Internet went public.  The Mosaic web browser had been released the year before, and public interest turned to what was formerly the domain of academics and technology geeks.  Web pages began springing up, and people everywhere began realizing the enormous possibilities of an interconnected network that spanned the globe.

These early websites were more like an interactive word document than anything else, but combined with popularity of email, Internet relay chat channels and BBS-centric message boards, they became a great way for people to stay connected to friends and family and business to reach a broader audience.

Mini Mania is located in the beautiful Sierra Nevada foothills at:

Mini Mania's 25th year at the Sonoma
Created: May 05, 2011
The Sonoma Historic Motorsports Festival is coming up and were excited!The Festival takes place the first weekend of June. The 4th  & 5thMini Mania will be there for our 25th year and to celebrate were giving a free lunch to anyone that wants to come out and support us.
Read Complete Article

Mini Mania is celebrating 20 years of Website Service in 2016
Created: March 03, 2011
Founded in 1974, Mini Mania first presented itself on the Internet in 1996. Always a leader in information and customer service, the Internet was and continues to be a great means of giving more to our friends and customers.
Read Complete Article

California Gold - Bimmer Magazine
Created: March 27, 2007
In the foothills of the Sierra Nevada, about an hour northeast of Sacramento, lies the Gold Rush town of Nevada City, California. Here, Mini Mania owner Don Racine mines gold of a slightly different hue as one of the nation's largest sources of racing and performance parts for the original Mini.
Read Complete Article