Earlier this month was Election Day 2012 and it was a nail biter.  The day before was historic too but for different reasons.  It was the day I tack welded a panel in place on Snarkey’s shell, the first salvo in the direction of reconstruction, rather than de-construction.  I could barely sleep last night it was so exciting.  This made for a big change in my mood since the de-construction phase is depressing as hell.  Taking all the parts off the body and organizing them is sort of fun - but then the condition of my Mini (I won’t speak for yours) became impossible to minimize; it was pretty rusty.

I wish I was doing this restoration in the U.K. so I could load all this rusty sheet metal up and drop it off at Mini Machine, the guys who make the replacement panels.  Just pay ‘em the money and it would be worth it.  “What color would you like to go with sir?” 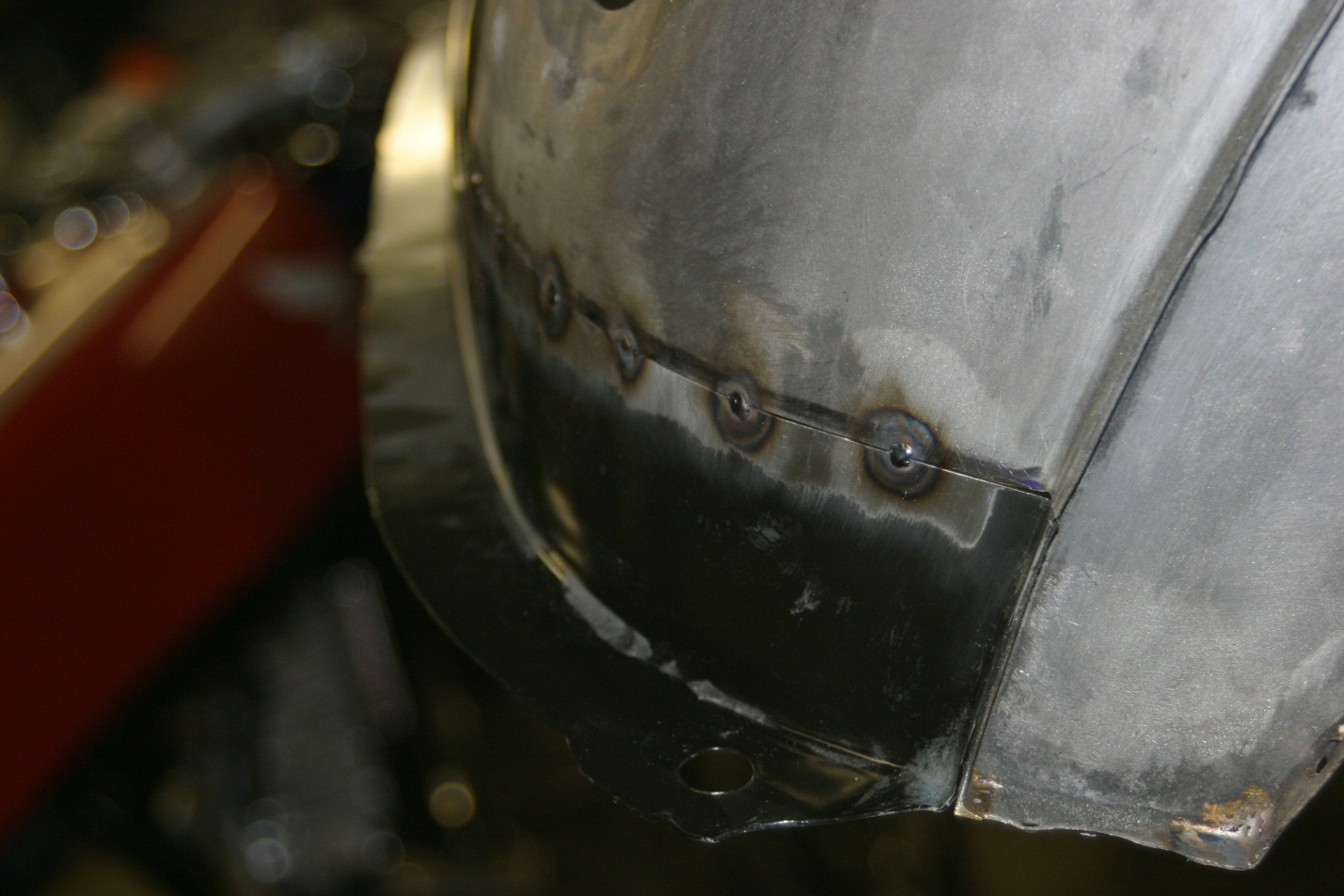 “Make it Old English White with a black roof, old boy.”  But then I would be talking to myself in my garage in Texas, imagining this conversation.  The reality is, if I don’t do this shell restoration and stay on track, it won’t get done.  What’s the saying?  ‘How do you eat an elephant?’  One bite at a time.

The first bites were to cut out all or most of the bad sheet metal which didn’t leave much car body left.  The list of good panels is short compared to the list of what it needed.  This particular car was patched up previously, as it spent about 20 years on the roads of the U.K.  I gather the Queen’s MOT is a thorough and official inspection to insure that unsafe cars are removed from U.K. roadways.  In the case of a 20 year old Cooper S, it means all the rust holes must be patched.  Bondo alone doesn’t qualify.

In just the rear seat area I counted 36 different patch sections, some brazed and others gas welded.  We amateur restoration guys could scoff at this, claiming “do it correct or not at all!” but hold on.  These British mechanics were charged with keeping ageing cars legal, for the lowest cost.  That’s why there are so few left; it got too expensive.  In order to keep Minis operational they had to be blindingly fast at repair, otherwise one would be out of a job. 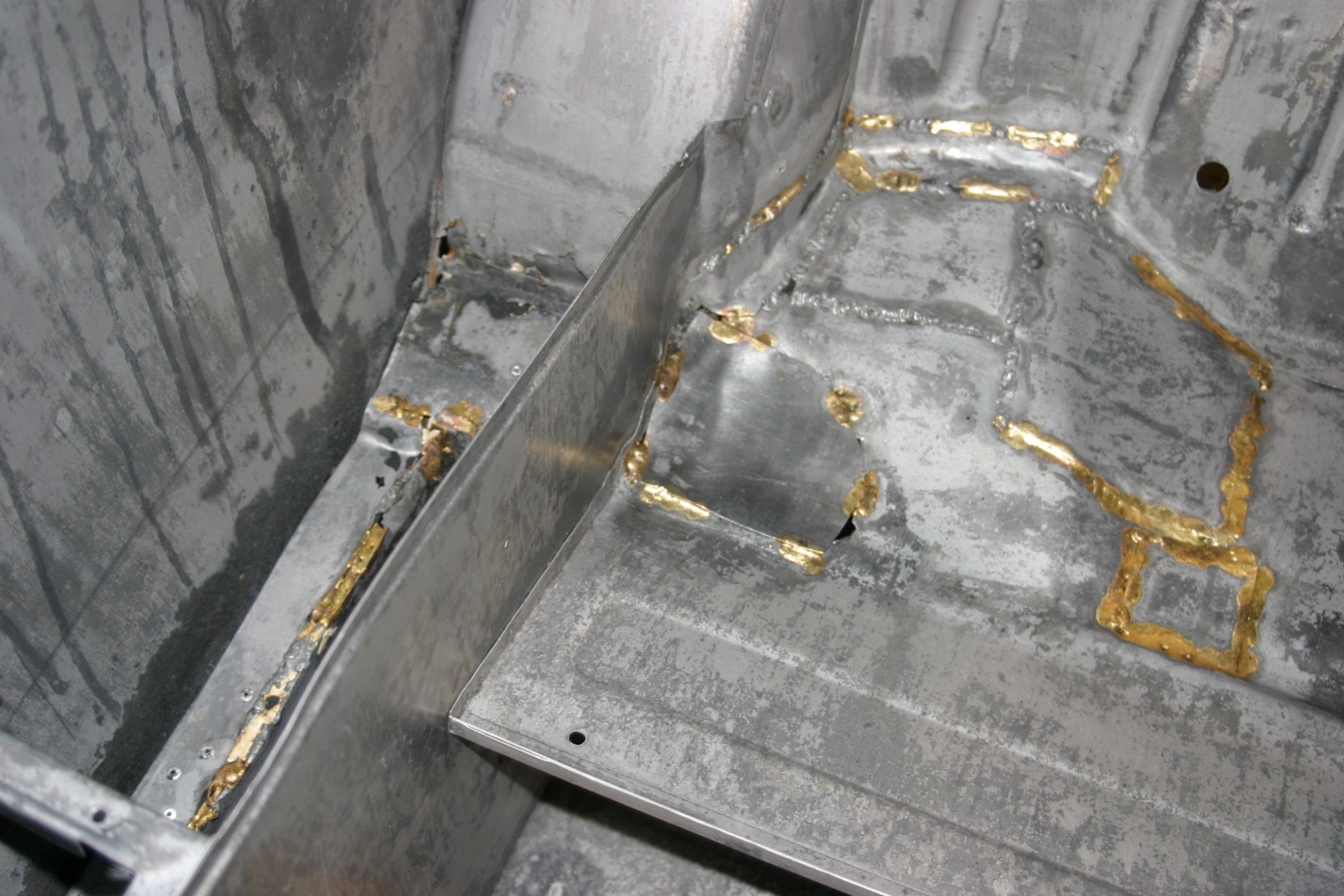 Even guys at the Indy 500 use duct tape…

The next bite out of the elephant was to pay for chemical stripping rather than media blasting.  I know there are pros and cons to both but I choose a place called Metal Rehab. www.metalrehab.com .  They are really close to home which was a factor and stripping the shell myself would have been too painful, given how much body coating and layered paint were staring back at me.  There was so much Waxoyl on the shell the previous owner put a Waxoyl sticker in the window, like you would sticker up your ride with Sparco or STP.  The man was proud of his Waxoyl.

Add to this, there was surface rust in areas the media blaster would not be able to get to.  I hope to get paint in these nooks and crannies to protect the shell better.  The operative word here is hope.

Chapter 4 will come in several weeks and will require no text.  All you’ll need are pictures of a bunch of replaced panels and patched spots.  Once the shell is whole again, I will be only too happy to deliver said shell to a professional body man for panel beating and paint.  If I could justify the expense, I would pay him to do the work you see here too – but here’s the thing; he’s never done a Mini.  No one around here has, or that I’ve heard of, to the degree this one needs help.