The Mini at 50: why we'll never tire of these wheels

The Mini was invented in 1959. And thank heavens for that, for without it the Sixties would surely not have been possible. How would Twiggy have got around? What would Dudley Moore have done for a car?

Even now, nothing made of metal so effortlessly evokes that decade; it's the opening chord of A Hard Day's Night on wheels. And on that topic...

The car was a design classic almost from birth and, of course, in 1969 became a film star, wriggling in a cheeky convoy through the streets of Turin in The Italian Job - the producers were offered as many free Fiat 500s as they could write off but preferred to pay hard cash for British steel. Hey, that's showbiz.

Accordingly, the real mystery of the Mini is not how many elephants you can get into one (two in the front and two in the back, according to every joke book published since 1959); it's how a car so freighted with mythology could still move forwards under its own momentum. 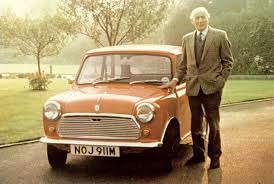 The buzz and froth created by the Mini would not have impressed Sir Alec Issigonis, its designer, whose original mission was not to build a snazzy runabout for Mary Quant but to produce a practical, affordable city car for a Britain still finding petrol hard to come by after Suez. In any case, Issigonis frowned on frippery.

Aged 53 when the Mini went into production, he couldn't see why a car needed a radio, and refrained from smoking while at the wheel, believing that driving should occupy a person entirely. (Issigonis's puritanism didn't extend to his passengers
- Minis came with twin rear ashtrays as standard.)

“I'm the last of the Bugattis,” Issigonis declared not long before his death in 1988, by which he meant that car design was a soloist's enterprise, not a group activity. It was he who coined the saying “A camel is a horse designed by committee”, and he gave no credence to the advancing science of market research or, as he called it, “bunk”.

“The public don't know what they want. It's my job to tell them,” he once said. He had already told the public that they wanted the Morris Minor; he now announced that their best interests lay in an easily parked, urban-sensitive metal bubble based on tiny 10in wheels. His breakthrough was in twisting the engine through 90 degrees, so that it was mounted east-west, rather than north-south, leaving 80 per cent of the space available for passengers. 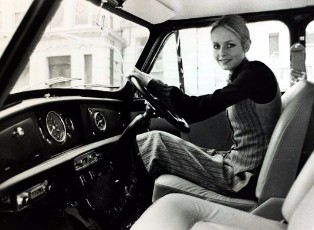 In the early Minis the doors were opened from within by tugging on a length of clothesline, the side windows slid, cheaply and stiffly, and the aeroplane-style seat-belts had to be hung on the door pillar after use. Yet that somehow class-transcending shape buried itself deep in the public's affections, to the extent that five million Minis were sold, the five millionth coming ceremoniously out of the Longbridge factory in 1986 under the control of Noel Edmonds. The Mk III Mini survived up to 2000, when the car's legacy was taken on and updated by BMW updated by BMW - with huge success.

In 1962 Issigonis came up with the Morris 1100 , which a year later became the Austin 1100. It outsold even the Mini, though we're less inclined to get out the photos on its birthday.