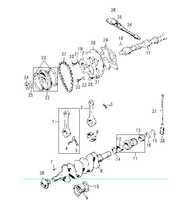 Classic Mini Catalog Clutch Kits -page 41
Created: December 21, 2018
View the selection of Clutch Kits & Slave Cylinders for the Classic Mini Cooper from the Mania Catalog as a PDF. Find a Part No. in the catalog. Type or copy/paste it into the search box to find it on the website.
Read Complete Article