Masters Historic Racing has launched its latest tin-top series, thought to be the first ever ‘one make’ historic series, catering solely for FIA specification Pre-1966 Minis. The series will have rounds at Masters Festivals and Top Hat meetings in 2010, with a particular highlight being the two races at the Silverstone Classic in July.

The new Mini series will be open to cars built before 1966 and complying with the FIA’s Appendix K regulations, with class prizes for over and under 1000cc cars up for grabs. Races are planned for Snetterton (April 18th), Anglesey (at the track debut for Masters on May 15th), Brands Hatch (May 29th – 31st), Donington (June 26th - 27th), the Silverstone Classic (July 3rd – 25th), Spa (September 24th – 26th) and Mallory Park (October 24th). 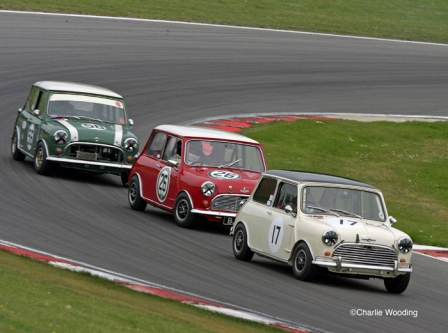 Series founder Ron Maydon said: “We are excited to be able to announce this new series for pre-1966 Minis which has come about thanks to competitor interest – and my own enthusiasm for these great little racing cars; I’ve got one! We have had good numbers of Minis racing with us in Masters Saloons and this, coupled with the numbers of cars that were seen in the one-off race at Goodwood last year, led to quite a few inquiries about more Mini-only races. Now that we are confident that there are enough cars and interested drivers out there, we are happy to create this eight-race mini-series.”

The races will be of either 30 or 45 minutes, with a pit stop, (except at the Classic, where there are two shorter races) so there is the potential for a double-driver cost-sharing entry. Further, with the Mini races being separate from existing Top Hat Masters Saloon races, it gives Mini owners a chance to race twice over a weekend.

More details can be obtained from the Masters office .


2017 Update- Don Racine to Race a Classic Mini at the Master Series race in SPA! 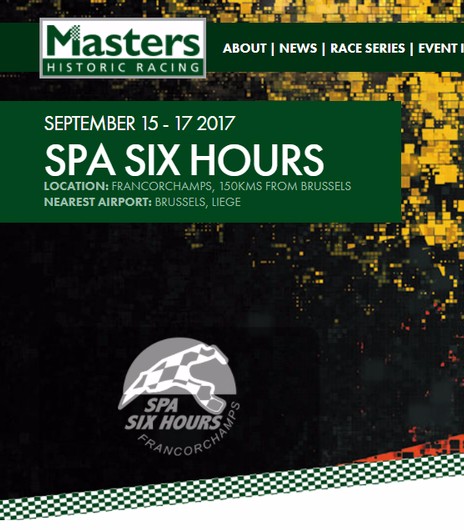 What can we tell you about the Spa Six Hours 25th Anniversary
event that you don’t already know? Longest circuit on the 2017
calendar – tick! Thermae Spa in the beautiful local Ardenne town –
tick! Plenty of track time – tick! Beer and great food with friends –
tick!

As the mist lifts each morning, this amazing circuit thrills all who
drive it and the sight of bumper grids charging up Eau Rouge is
always a sight to behold!

The Masters Drivers’ Club will look after you in the paddock with
great food, local delicatessen delights and a fully stocked beer
fridge! We are also hoping to revive the Val D’Ambleve party that
used to be so popular in previous years – keep an eye out for details
in due course…

So there you have it… Location, location, location! Spa is easily
accessible by road and air, the longest circuit on our 2017 calendar
and the perfect spot for a sociable weekend of great racing!

Stay tuned for more pictures and the story of this great adventure!