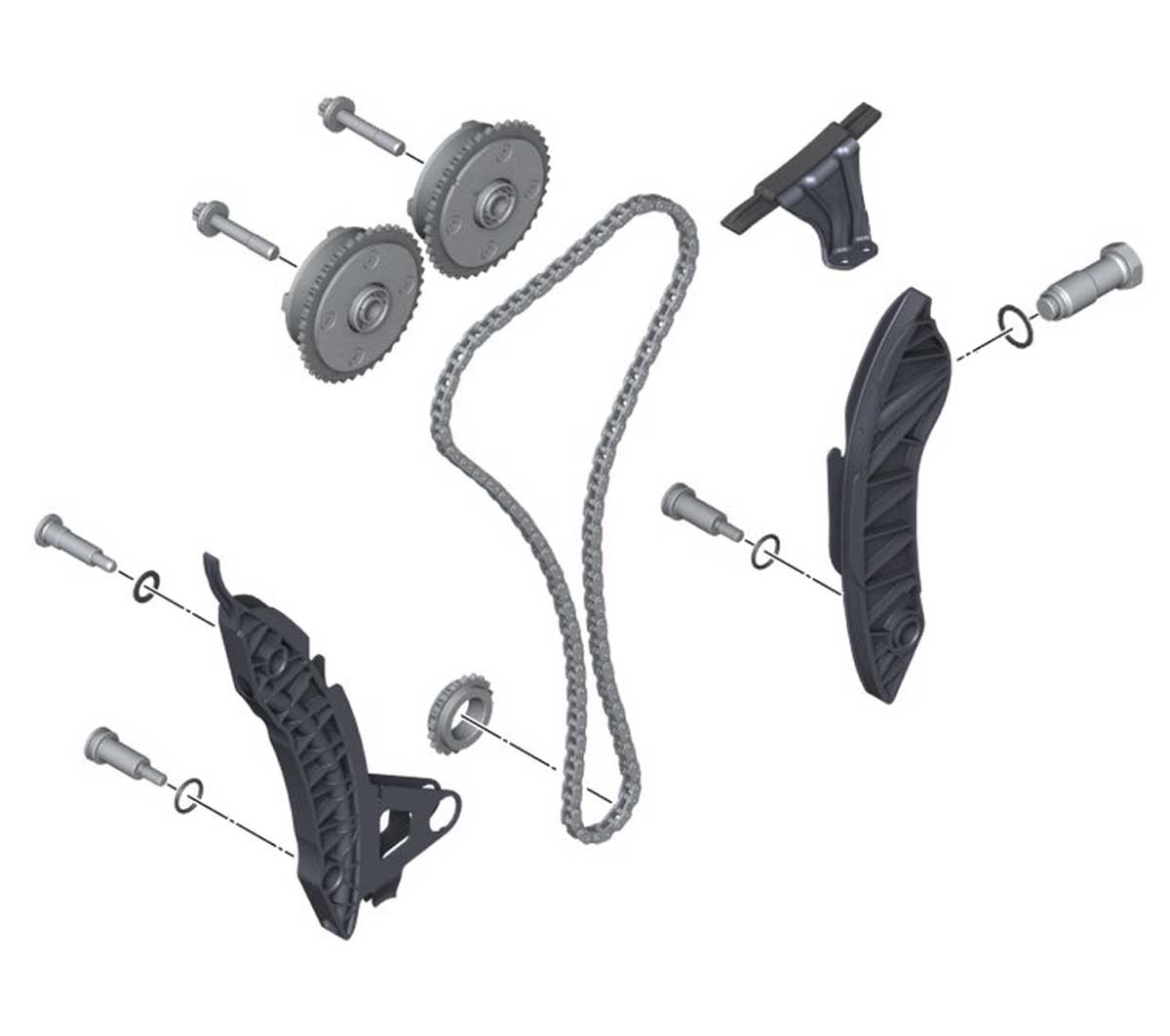 Below is a partial description of the TSB:

The timing chain tensioner internal tolerances are not consistent. 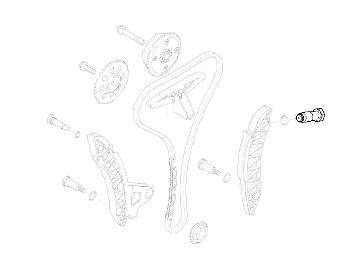 Before removing the tensioner, it will be necessary to inspect it. Located inside the engine compartment, between the intake tube and the air filter housing, the tensioner is visible from the top of the vehicle. It is possible to install one of the timing chain tensioners listed below. It is not necessary to remove the tensioner during the inspection. 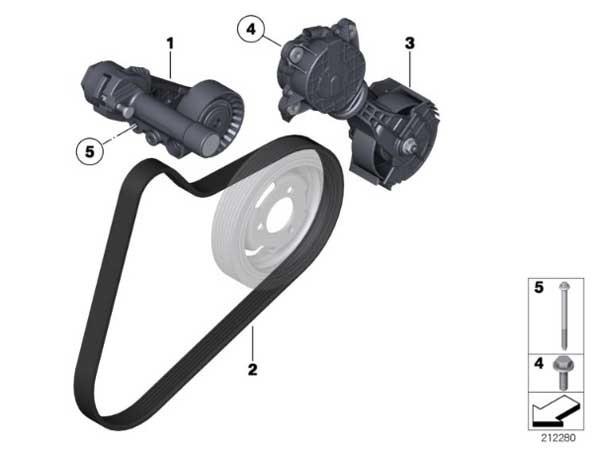 The rest of the TSB describes the procedure to 'measure' the timing chain 'stretch' - if the chain has stretched beyond specifications, MINI specifies the following items for replacement:

Below is the 'current' MINI Factory Replacement Timing Chain Tensioner that we offer under G2NME3304 for the Cooper S, and G2NME3340 for the Cooper (non-S).  Note the machined head with the raised circular shoulder. 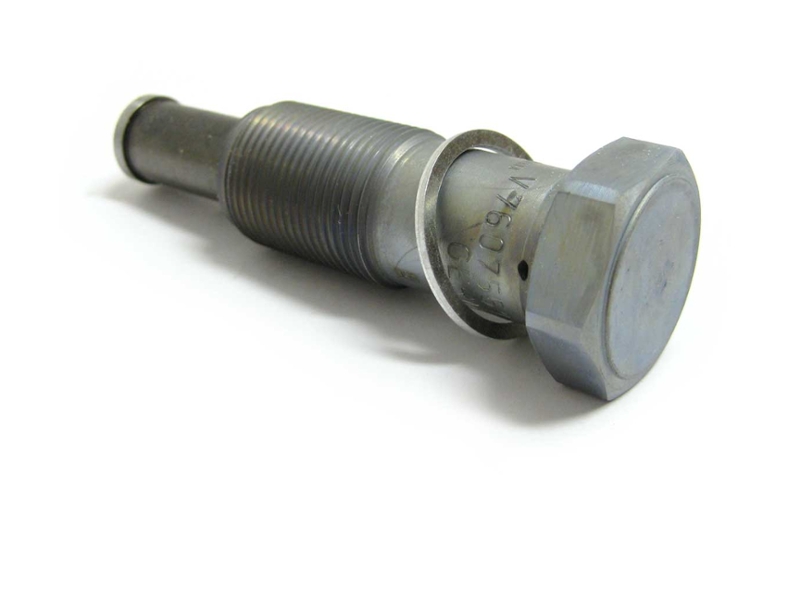