Your Order / Return May Be Delayed Due To Shipping Irregularities.   Read More
copyright © 2022 Mini Mania inc.


Purpose of this Guide:


With all the different trailer hitches out in the marketplace, finding the right one for your MINI can be confusing.  That's why we've created this Trailer Hitch Guide with information on installation, different sizes, and which trailer hitch is made specifically for your MINI.


Want to go straight to you MINI selection.

Scroll down the page to find your MINI and the parts you'll need or go to our separate GEN1, GEN2, or GEN3 MINI guide. 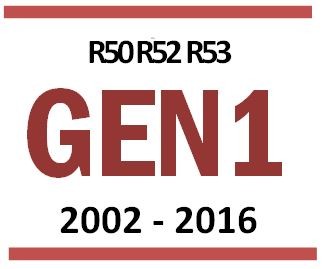 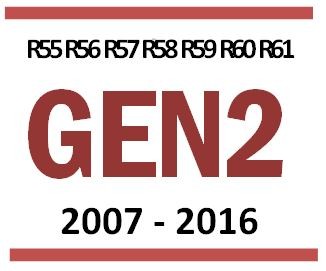 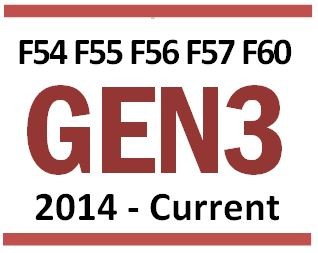 Continue On This Guide to:

Mini Mania offers a wide range of Trailer Hitches & Wiring Kits for your MINI Cooper
The MINI Cooper could be considered small by some standards but with these Do-It-Yourself Trailer Hitches you have created a industry standard square receiver that provides you any number of option. Complete range of trailer hitches for every model for the entire MINI Cooper range of cars.  Be sure to use the menu in the upper left corner of this screen to specify you make and model year.

The Mini Cooper Class 1 Hitch with the 1-1/4" receiver is an excellent solution for adding a bike rack or an utility tray to the back of your MINI Cooper- and yes, you can tow a small trailer!

The vast majority of MINI drivers will use this base Trailer Hitch in conjunction with an aftermarket bike rack attachment (like Thule, Yakima, etc.) while others hook up one of the flat extensions for luggage or autocross tires, etc.

Hides Behind Your Bumper

These hitches are custom engineered to fit specific MINI models and is one of the only trailer hitches for MINI Coopers on the market that is hidden behind the bumper yet accessible for easy use when needed.  The hitch mounts between the large bumper support beam and the chassis.

The MINI Cooper Trailer Hitch is a heavy duty steel assembly that mounts behind the plastic part of the MINI Cooper bumper and uses factory hardware and mounting location for a seamless and integrated look that is safe and secure and offers MINI owners the flexibility to haul, tow, attach or carry stuff they otherwise would never be able to.

On some MINI models access to the trailer hitch is made by removing the rear fog (red) /reverse light (clear) by reaching behind the bumper and squeezing the tabs on the sides of the light housing and pushing it outward. Once the light is removed the trailer hitch can be used and the light can be reinstalled when not in use. 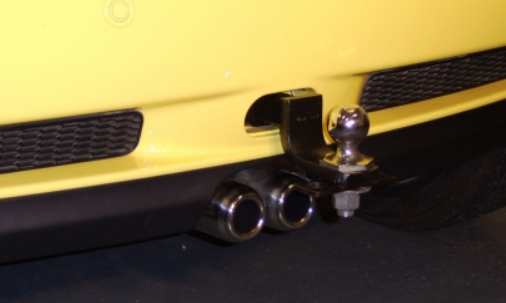 On other models (Clubman, Paceman and Countryman) the trailer hitch is hidden behind the license plate while on others the hitch is behind the black mesh grill in the lower bumper in which case we supply a black filler plug for use when the hitch is not being used. 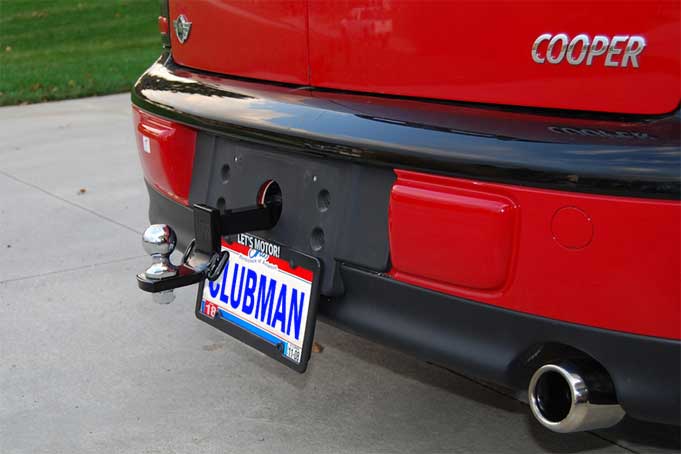 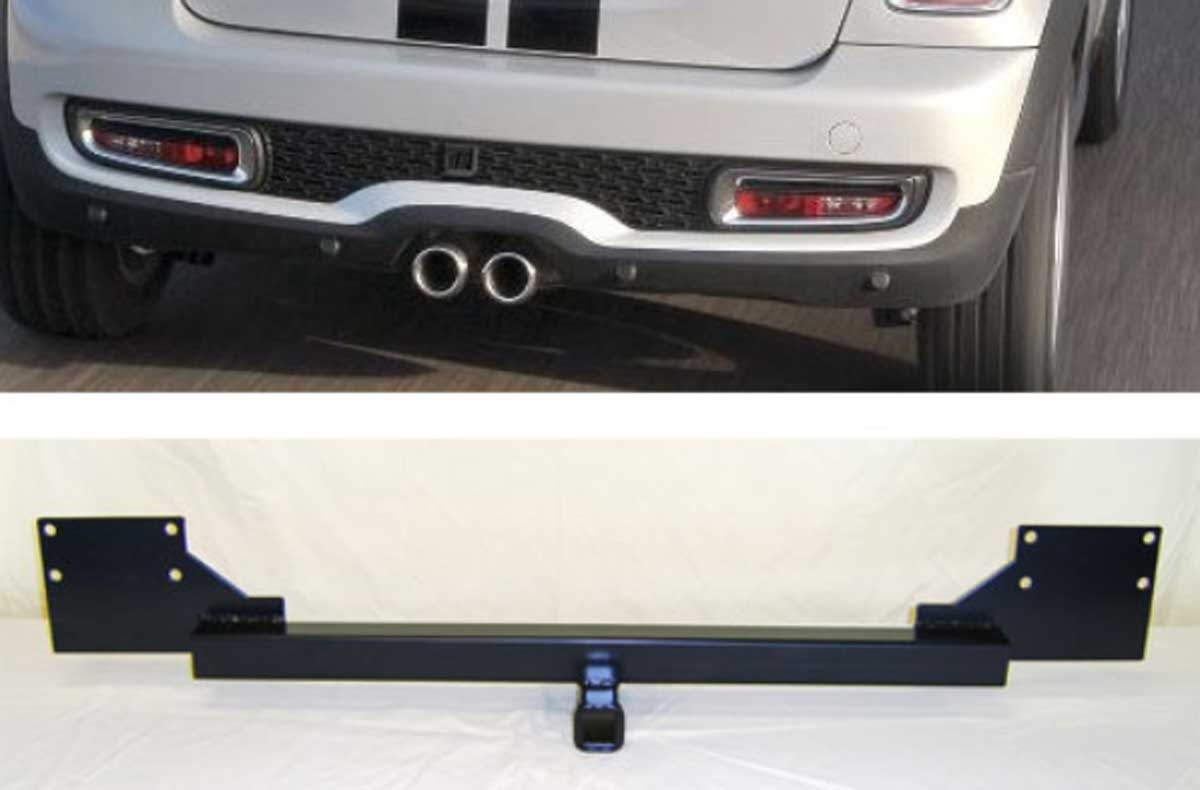 Once installed, the hitch can be used to attach just about any off-the-shelf trailer, bike rack or luggage trays that have a 1-1/4" size connection. The vast majority of MINI drivers will use our hitch in conjunction with an aftermarket bike rack attachment (like Thule, Yakima, etc.). A 1-1/4" hitch connection is required and the post needs to be long enough to clear the bumper.


To find the trailer hitch, wiring kits and drawbars specifically for your MINI, scroll down until you find your:

Cooper S Model - With  / Without Rear Fog or Backup Light

With  / Without Rear Fog or Backup Light

Without Rear Fog or Backup Light

Without Rear Fog or Backup Light

MINI Cooper 2011+ (non-S) Trailer Hitch Install Instructions
Created: January 17, 2018
Install your trailer hitch in 1 1/2 to 2 hours, then head out on your MINI adventure! This powder coated black steel assembly installs with ordinary hand tools. Ideal for towing a small trailer or mounting a bike rack, these are the only commercially available certified trailer hitches for the MINI Cooper, with a 200 lb tongue weight & 1400 lb towing weight!
Read Complete Article

Have a Question or Comment of your own? Click here!
Question:
Do you have a Hitch for a 2017 New MINI cooper convertible 2 Door?
Answer:
Here is the link for the hitch to fit your 2017 F57 MINI Cooper Convertible.

Trunk mount bike rack - may depend on type of rear spoiler

Question:
I have a New MINI countryman 2020 all four and I’m wondering if there’s a trailer hitch kit available for this vehicle?
Answer:
Yes, we list them as part number G3NMX6103

Question:
I have a 2018 Mini Countryman. I’d like to order the hitch and bike rack and find someone locally (R) that can install this for me. Please let me know the beat option for my vehicle and any information you may have on installers in RI.
Answer:
Here is the link for the hitch: Mini Cooper Trailer Hitch Gen3 F56 F55 F54 F57 F60 (minimania.com)

As for where to have the hitch installed, we are not familiar with anyone there, but you might check with one of the RI MINI clubs - contact the club and there should be someone there to recommend a shop:

Hope that helps
Question:
I am looking to buy a 2014-2018 MINI Convertible S and want to be able to put a bike rack on it. Can a hitch and bike rack be installed on any of them or are there particular years or options I need to find?
Answer:
Yes, a hitch is available for the Cooper S Convertible: