Vintage Racing with a “Ribcase” transmission

The most conventional gears in the everyday manual transmission are Helical Cut.  The single biggest advantage of this design is the reduction of noise that is inherent in the more efficient, easy to manufacture straight Cut gears.  The Helical patterns allows for a much less violent meshing of the gears.  But the decreased noise comes with a few penalties.  The first of which is side load- because the gears are helical, some of the thrust is lost in the rotational direction and thus must be controlled with a thrust surface 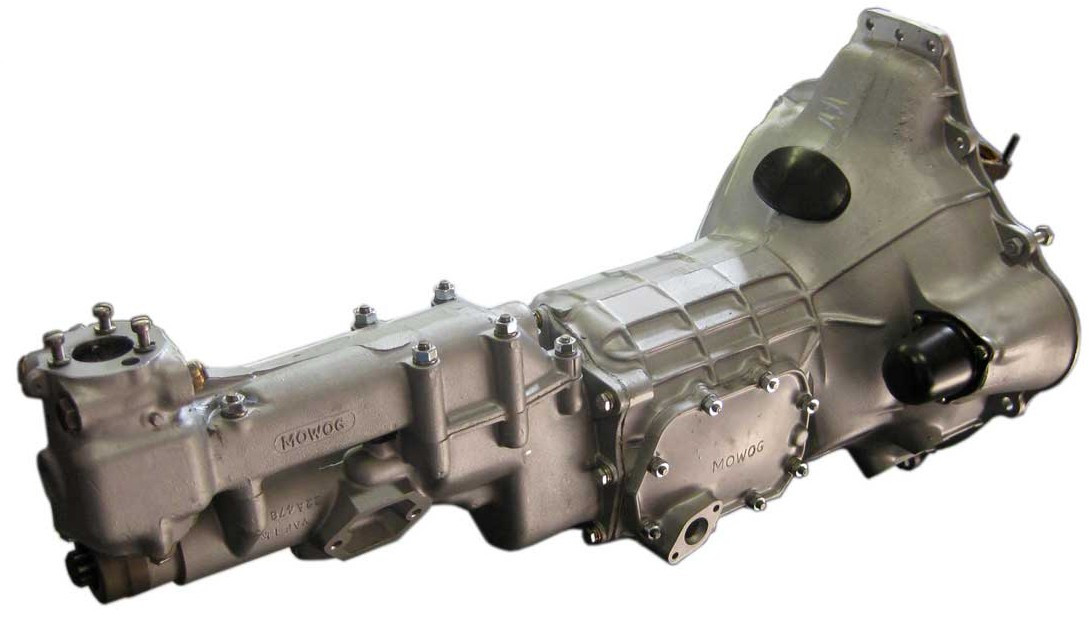 .  The thrust surface most often used are called thrust washers (not a particularly clever name).  The drag created by this thrust and the energy consumed in this wasted helical drive is the second and biggest penalty. The frictional loss in helical gears is considerable more than straight cut ones. There is for sure now hard number that can be put on % of power lost but as we often go s long way for a very few HP, changing from Helical to Straight Cut gears is a no brainer for any one interested in performance and an absolute must if you are serious about racing.

There has been a lot of controversy about whether or not Straight Cuts gears are stronger to take more power along with the question of lifer expectancy.  Both of these questions can be summed up with the same answer: Quality.  Straight Cut gears are easier to make than Helical and thus less than scrupulous company could use inferior materials, etc. that may work well but for only a limited time. The typical application for any straight cut gear set will always be asked to with-stand higher power and thus quality of manufacture and material specs will make a big difference.  A quality straight cut gear set will last a long time even in race conditions. 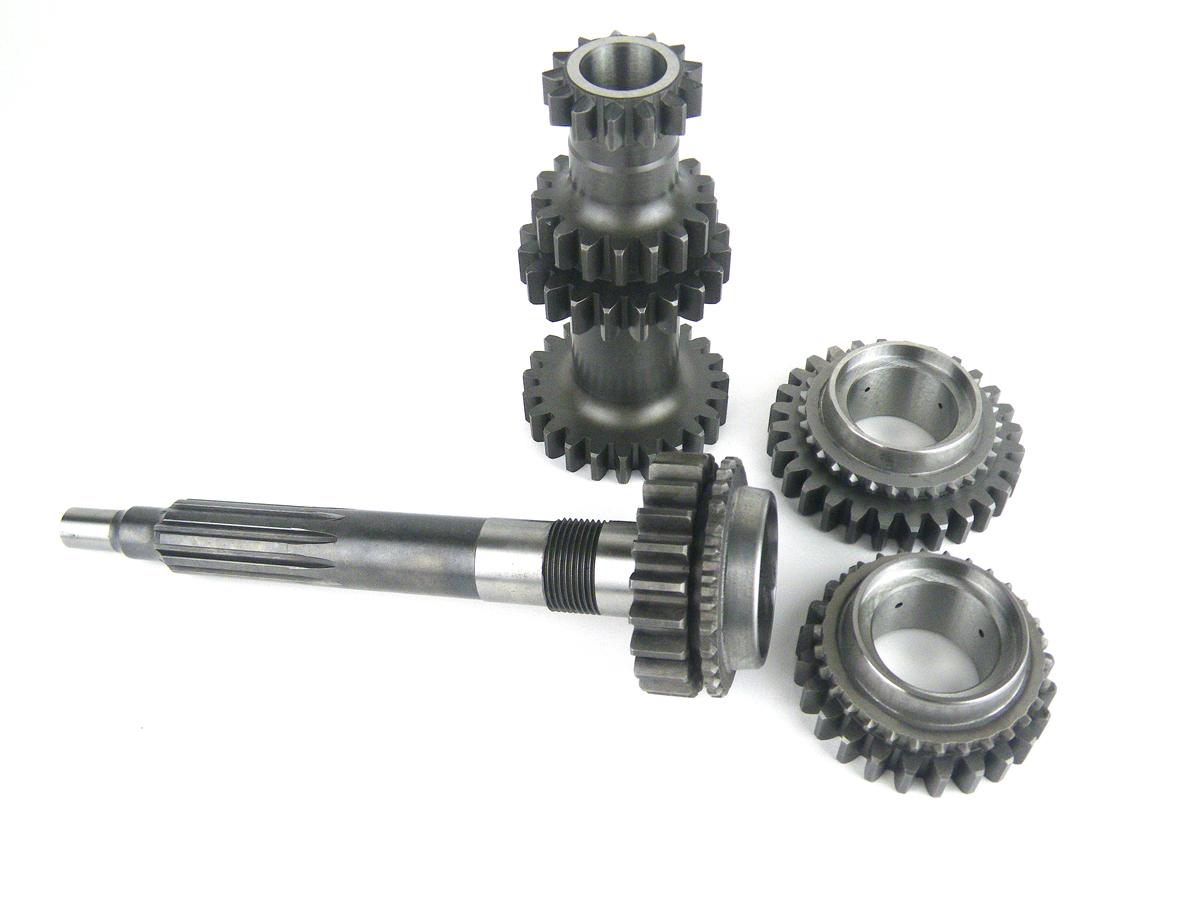 One of the other advantages of straight cut gears is that as their primary use is in a race car, it is most common that the ratio of the gears would be much better suited to the power band and race speeds rather than have to cope with both stop and go city traffic and highway speeds.

When building an engine for a street car it is most common to give up the best horsepower to gain a very wide torque curve.  This type of build that great advantage of a wide ration gearbox and thus the ability to start from a stop-light with ease and still have the ability to easy cruse down the highway at 70+ mph.  Since road racing in the USA is 99% rolling starts we have no need to accelerate from a stop. This allows us to build a motor with a much higher HP number that can then be married with a close ratio gearbox that maximizes our ability to stay in the optimum RPM band for optimum HP and Torque.

The “Ribcase” Gearbox as stock in most MG Midgets and AH Sprites was also extremely popular in numerous Vintage Sports Racers and Formula cars.  It was lightweight, easy to find gearbox for many of cottage industry car building in the UK, even Lotus used them in a number of cars.